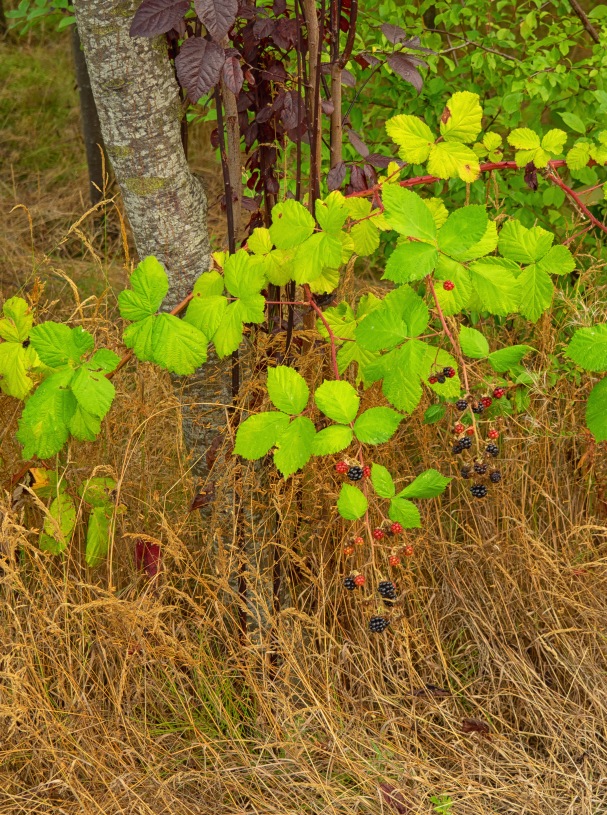 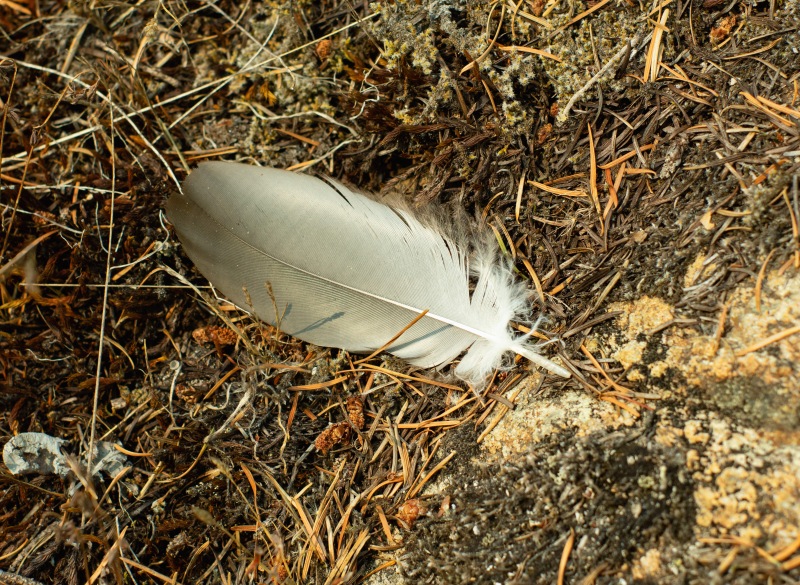 As we transition from summer to fall, the wild grasses are bone dry. Dead cedar boughs litter the ground; maple leaves are splotched with yellow and brown. Berries are ripe, and seeds are ready to spring from their tight confines. It’s been a hot, dry summer, quickening the transition to fall. The paradox is this: as dry leaves crackle underfoot and trees are losing leaves earlier than usual, I am saddened and worried, but the color changes all around me are so very beautiful. 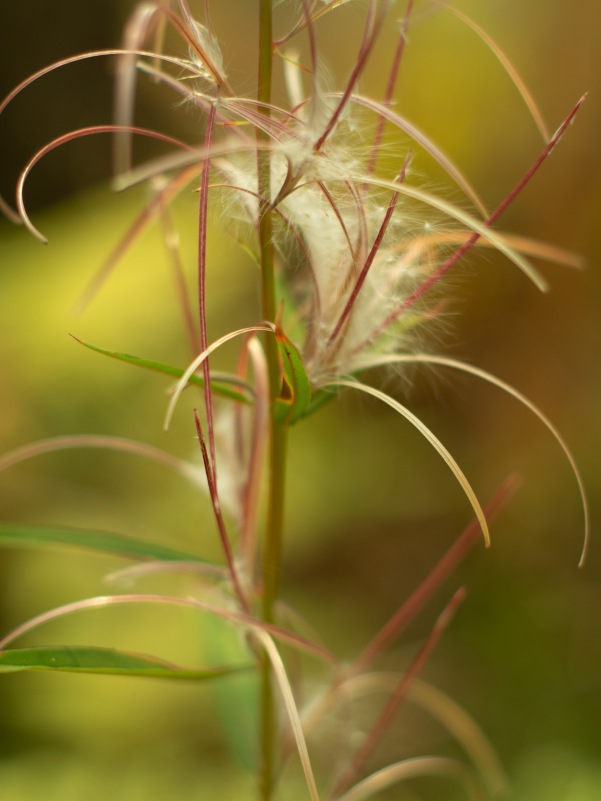 According to the U.S. Drought Monitor every corner of our state (and neighboring Oregon and Idaho) has been touched by the drought. Conditions range from abnormally dry to extreme, so maybe I should be thankful that our corner is experiencing  “moderate drought.”

The drought seems to be putting an early halt to summer, resulting in color changes that are paradoxically sad and pretty at the same time. Burnished golds, rose-tinged rusts, and ghostly pale greens mingle harmoniously, like polite guests at a dinner party. 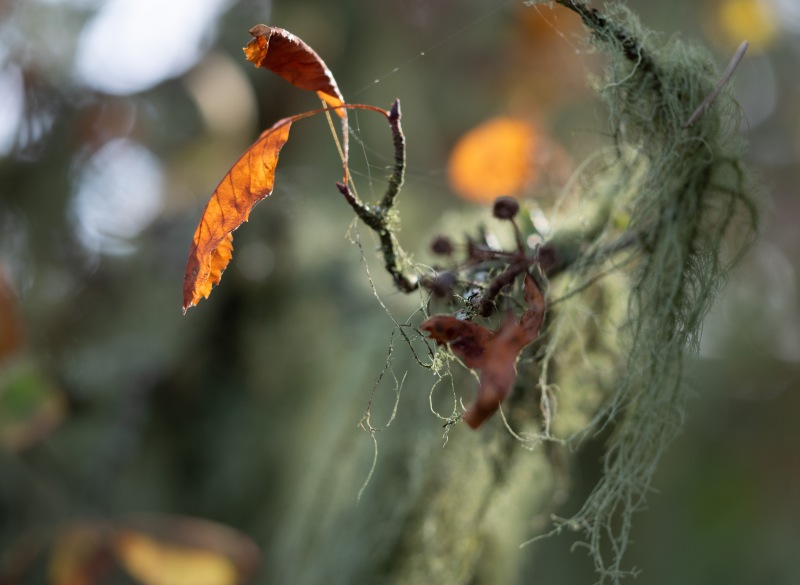 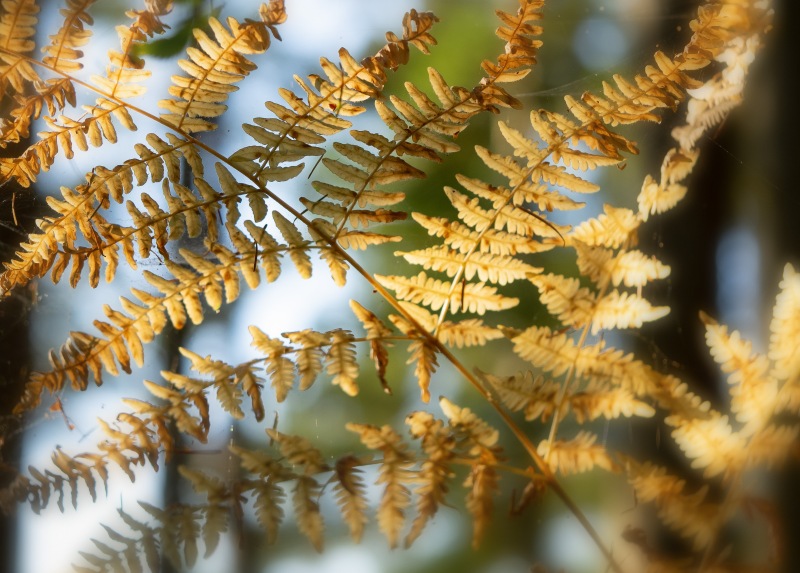 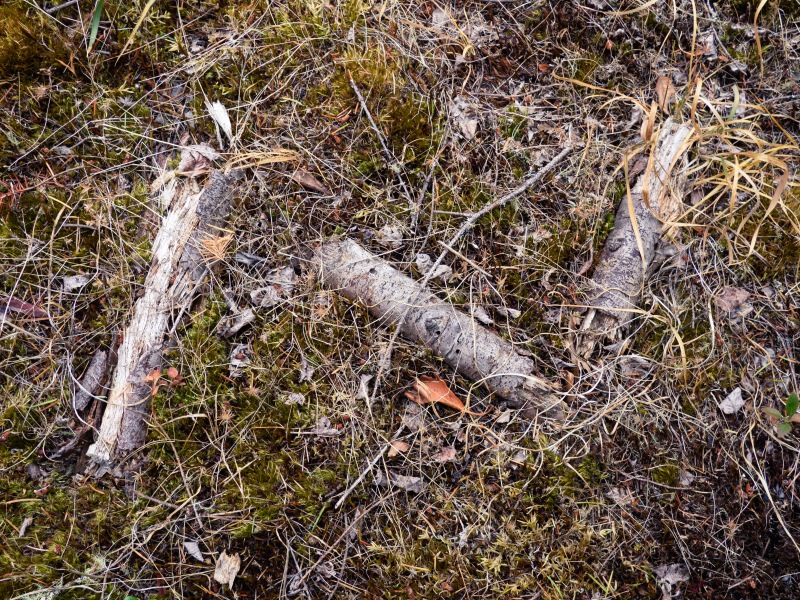 Many plants along the forest trails are covered with dust, spider webs decorate nearly every tree and bush, and crisply curled leaves litter the woods. Some forest patches remain verdant, especially alongside lakes where moisture lingers in the air, but I can’t get away from the evidence: drought has taken hold. 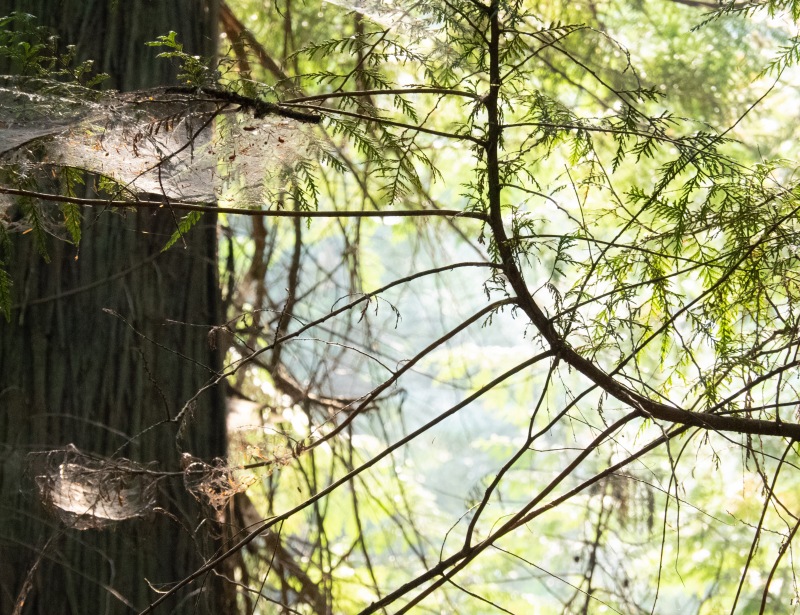