Here’s an idea to consider: there may be a recurring motif in your photography and/or your artwork that you haven’t discovered. Maybe a particular shape, line, gesture, tone or quality shows up, again and again. Maybe it’s even echoed in your body, in the way you move.  I’ve noticed that I return to a certain shape over and over again. It’s a curve, a curl, a rounding of line. Almost a circle but not quite, it’s more like an open sweep. Here it is, in photographs I made of grasses in the water and bursting fireweed seed pods.

Word derivation tells us the word curve arose in late Middle English, from Latin curvare ‘to bend,’ and curvus ‘bent.’  Bending has interesting associations: bending the will, supplicating, the bend in the road….but a curve is a little different. Still, I can see the association between bending and curving clearly here:

Here are the curves I’m drawn to again, this time in water. I think curves express water’s essence; formless on its own, water finds curves when other forces or elements act on it. 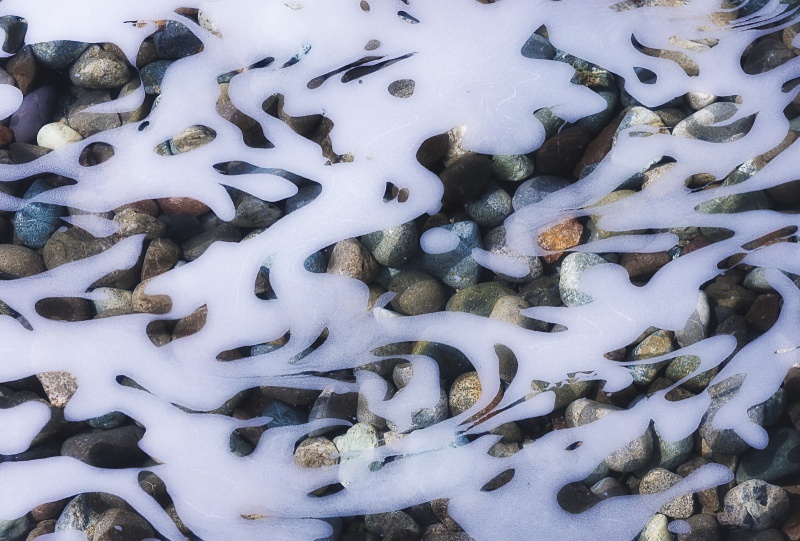 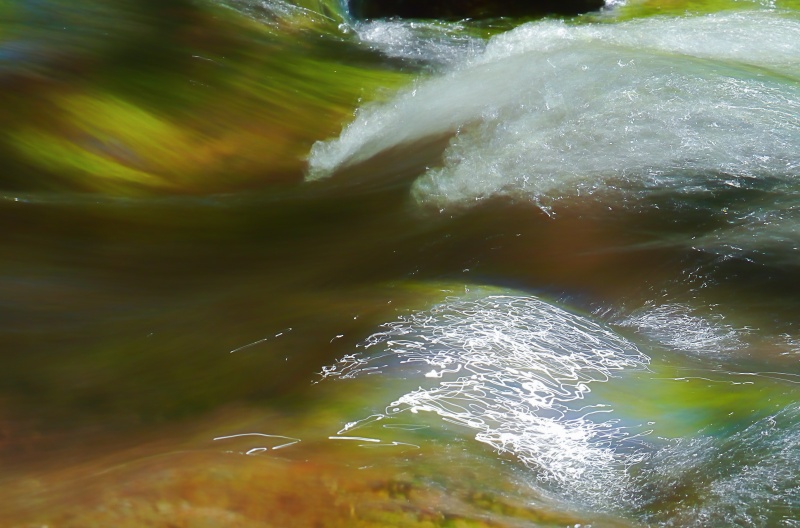 This recurring curve lives inside my body and mind (which of course aren’t separate, though we insist on separating them). I picture it beginning tentatively, then building: a swoop, a swirl of the arm, maybe a twirl of the body….then I see a spiral floating expansively in the air. The curving gesture may be small and compact, perhaps repeating like arcs made by knitting needles, or the tight twists of a vine, sprung upon it’s own stem.

On a straight path you’ll find me deviating in small, curved side shoots, ever mindful of what is appearing on the periphery. Another way the curve inhabits me.

The curves in a twining house plant I had caught my eye, so I painted the leaf and stem, then photographed the plant and drawing curving together. A pine cone’s perfection of curved stem and spiraling sphere – such elegant curves – prompted me to make an ink drawing years ago, when I studied botanical drawing. Especially if I draw, the curve keeps appearing, rolling up to the surface of consciousness through the interstices of my neurons, neurons that curve in a tangled, unknowable dance. 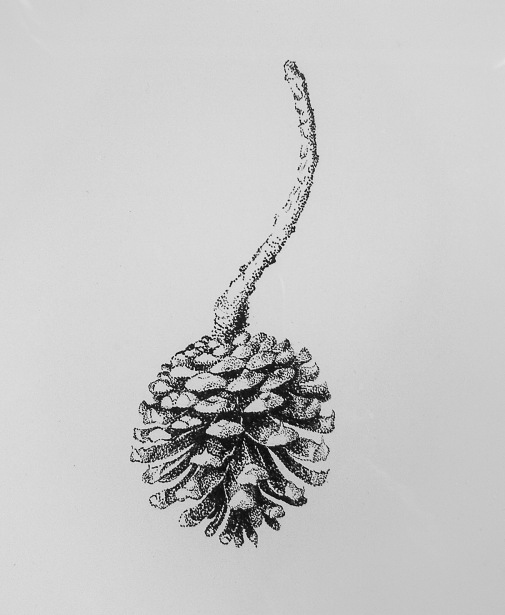 The curve I gravitate towards is something I see in the built environment, too. Of course, I’m not the only one responding with joy to curves, as you can see in the Richard Serra sculpture below. 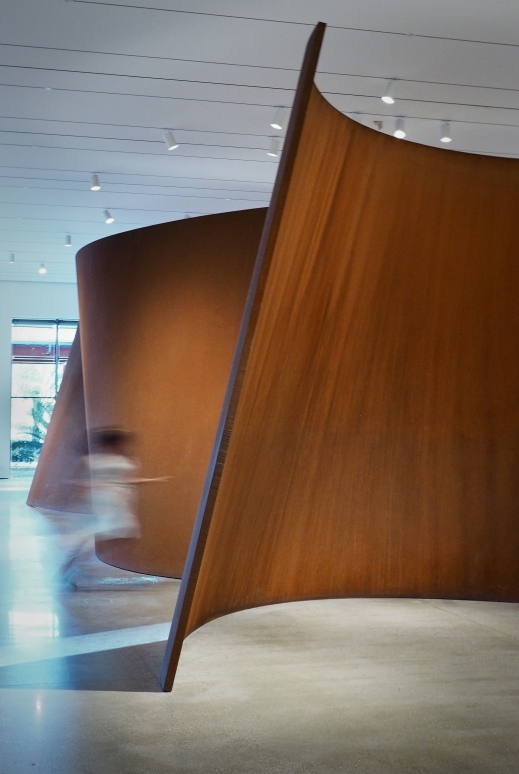 The curve has been with me for a long time, and it comes and goes, or maybe my awareness is what ebbs and flows.

There’s something comforting about the idea of a motif recurring in my work, something to hang one’s hat on and organize around, perhaps. Not a bad thing is these complicated times.

Notes on the photos:

The first is of grasses and reeds in the Sammamish River, not far from home, January 2016.

The fireweed (Chamaenerion angustifolium) seed pods were photographed in a local park in August, 2016.

The Checkered lily (Fritillaria meleagris) was photographed at the Center for Urban Horticulture, April, 2014.

The swirling water photograph was taken at a fountain in Bremerton, Washington, in 2012.

The vining stem of a Manroot plant (Marah fabaceus) was photographed in Duvall, Washington, May 2014.

The curving path is at Wright Park in Tacoma, Washington. Photographed last November.

The watercolor and ink drawing were made in the 1990’s.

The curved roof is at the Chinese Scholar’s Garden at the Staten Island Botanical Garden, New York City, photographed in 2011.

The Richard Serra sculpture is at LACMA, the Los Angeles County Museum of Art. It’s made of weathering steel and is titled “Band.”  It’s huge (12 feet high), and some consider it to be Serra’s magnum opus. In an interesting review, writer Guy Zimmerman said, “Standing in the Eastern gallery with Band you have the feeling that there is no valid reason to be anywhere else.”  I concur. My take on the sculpture can be seen here.  Photographed in 2016.

The curly, dried grass was photographed at Umtanum Creek, near Ellensberg, Washington, June, 2014.

The beached log was photographed at beautiful Rialto Beach, Washington, on a misty October afternoon in 2013. More photographs from that day are here.

This entry was posted in photography, writing and tagged curve, photography. Bookmark the permalink.