Gardeners may create order briefly out of chaos, but nature always gets the last word, and what it says is usually untidy by human standards. But I find all states of nature beautiful, and because I want to delight in my garden, not rule it, I just accept my yen to tame the chaos on one day and let the Japanese beetles run riot on the next.       Diane Ackerman

An early Spring spell of very warm weather followed by weeks of cool, overcast skies and misty rains has encouraged riotous growth here. I’ve never seen so many wildflowers, and gardens brim over with joyful color.

The vine-covered old willow above graces a public park nearby that is really more nature reserve than park. Bald eagles, herons, hummingbirds, rabbits, turtles and many others find homes within its bounds. This year’s weather resulted in extra lush growth of ferns, vines, and all manner of greenery.

For years volunteers have been at work slowly eradicating the non-natives here, bringing the land closer to what it might have been before white people imposed their own chaos. I wonder if they’re working overtime?

Taming the overgrowth is best left for the iron-willed and long-suffering among us. I used to spend hours taming my garden – on warm summer evenings I would plop down and painstakingly pull bits of grass out of a huge moss garden I had. It was great after-work therapy. I’d be out there pulling weeds now if I had a garden, but these days I’m limited to a little deck. That does allow a certain freedom to marvel and gawk in wonder at this lush, bountiful season. 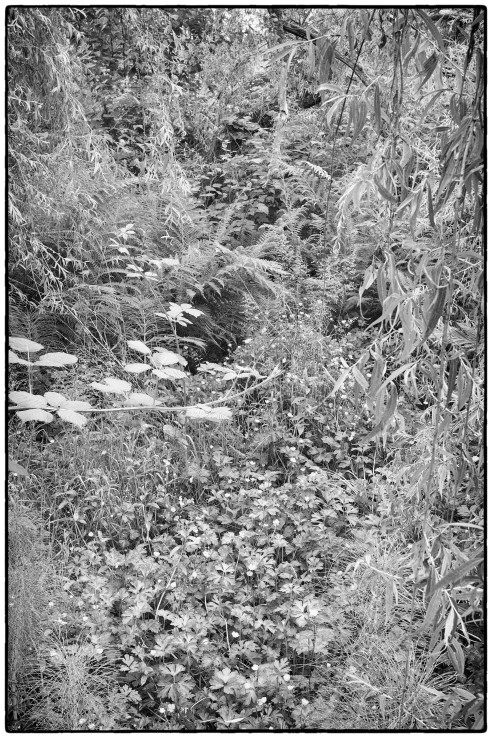 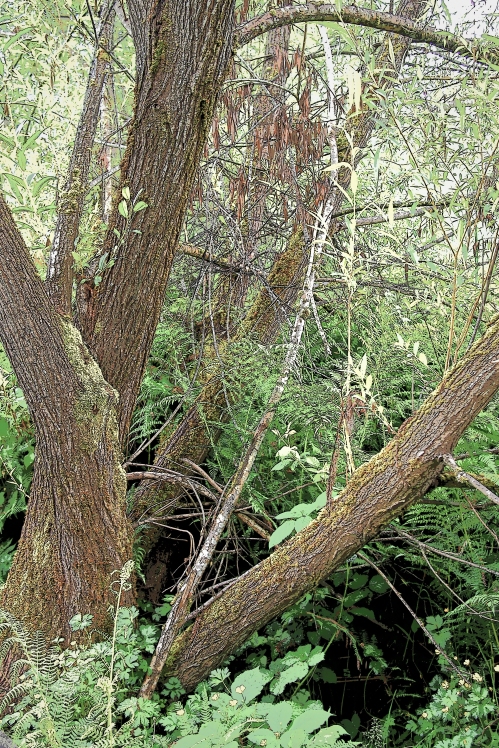 Drive back up in the Cascades and it’s the same thing – layer upon layer of green among the old forest giants.

Spring was good to the flower growers out in the valley, too. These photos were taken during our long string of overcast days in May. Rows and rows of delphiniums, ready for the picking, stretch comfortably back towards misty hills.

When you stop and look closely, there is pleasing structure amidst the growing chaos.

The Large-leaved lupine (Lupinus polyphyllus), is a Pacific northwest native. Lupines are very familiar to gardeners – this species, taken to England almost two hundred years ago, formed the foundation of the hybrid garden lupines you see today, in multiple shades of purples, blues and pinks.

What happens when a flower becomes popular with gardeners and is grown all over the world? It escapes. Now this lupine is considered invasive in countries as far apart as New Zealand and Finland. But not here. 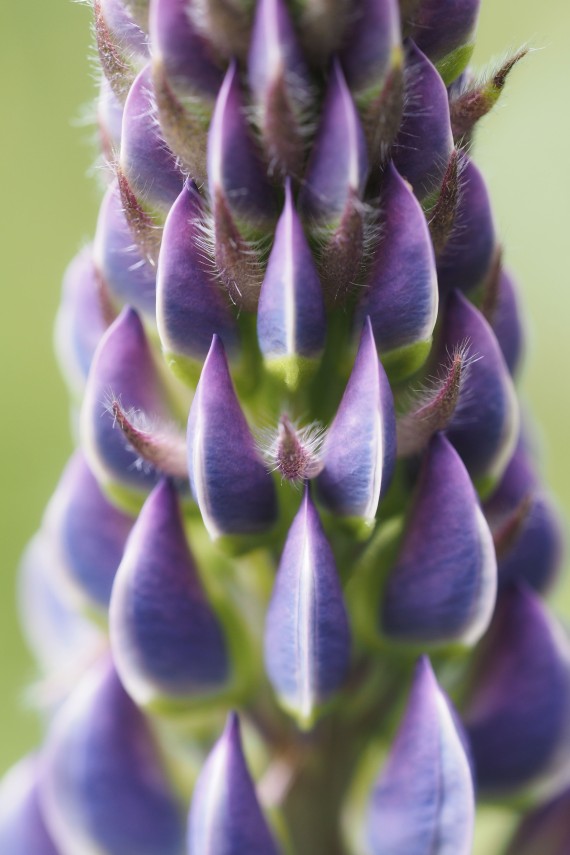 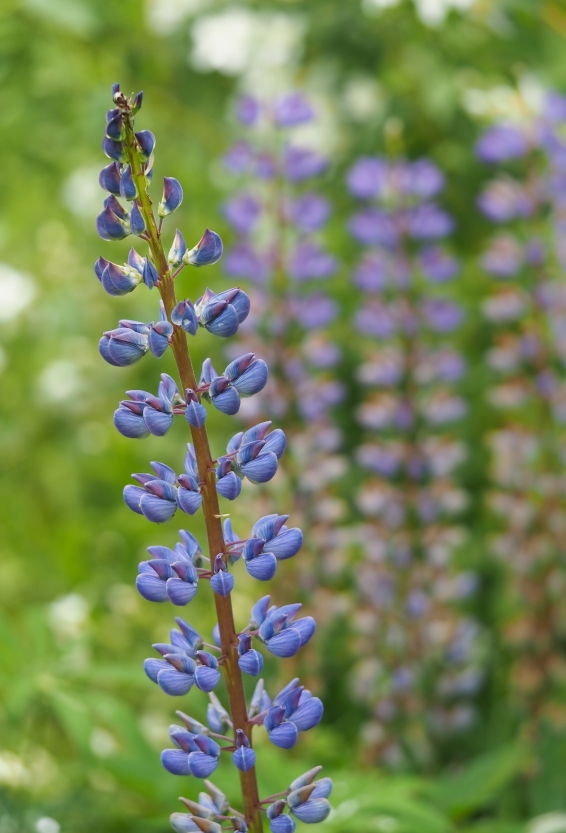 Here’s another northwest native (Tolmiea menziesii, or Piggyback plant) sometimes sold as a house plant for its foliage. The tiny flowers warrant bending down for a close look: 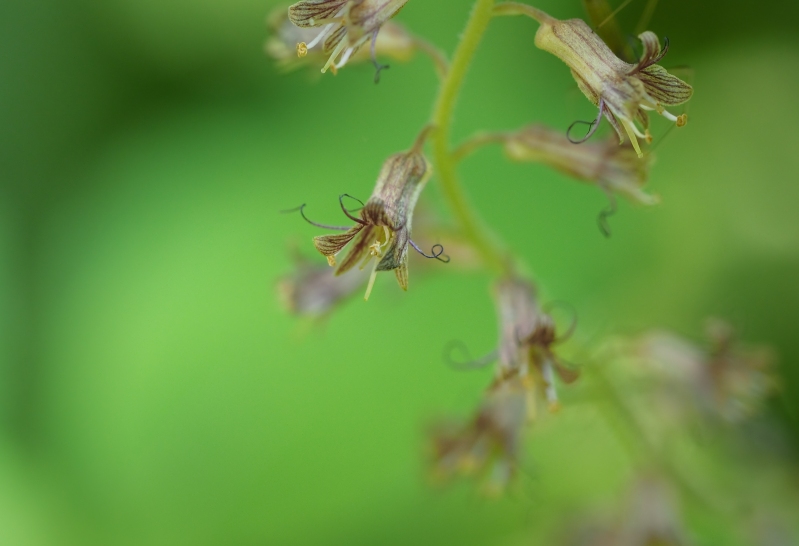 Another bonus of prime growing conditions is watching all the wildlife, which can also be rewarding close up. A Goldenrod Crab spider is stashing the catch of the day in the flower cluster of an Oceanspray (Holodiscus discolor) shrub, another native plant sold in nurseries. 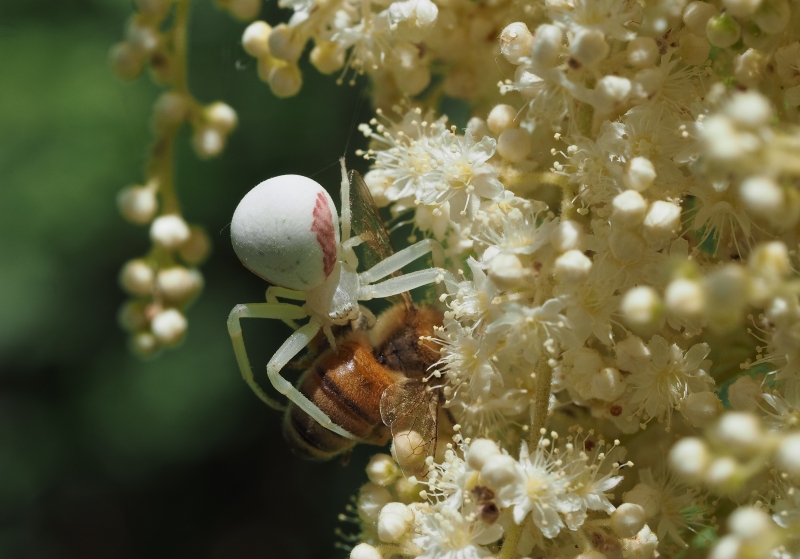 A Tiger Swallowtail works the mud for minerals at a Seattle wetland. The need must have been keen because it let me inch the camera quite close. I was happy I could hold the camera with one hand with the LCD screen tilted up so I could see what I was doing (sort of). Not perfect, but getting down at the butterfly’s level provides a feeling of immediacy that’s lacking in shots from above. 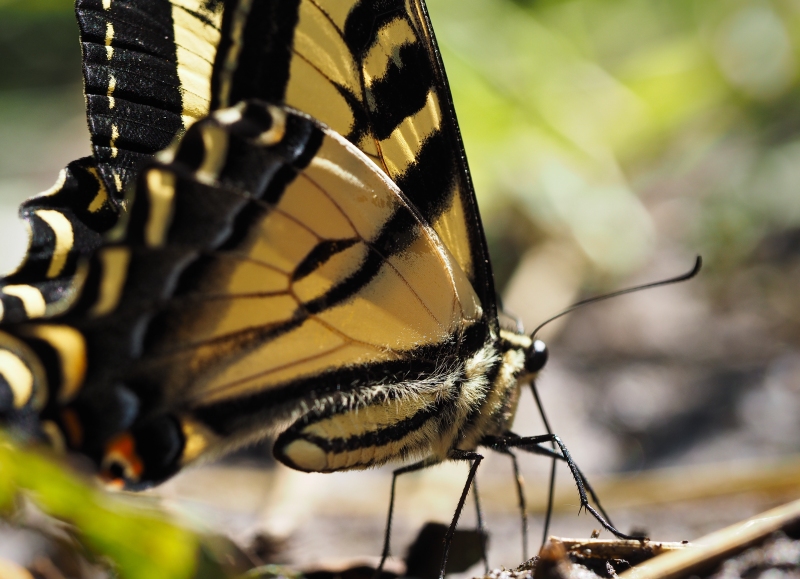 Below, a lovely Spring azure – those are the sweet little blue butterflies that flit among the grasses at your feet, whether you live in the east or west (or Britain and elsewhere, I believe). 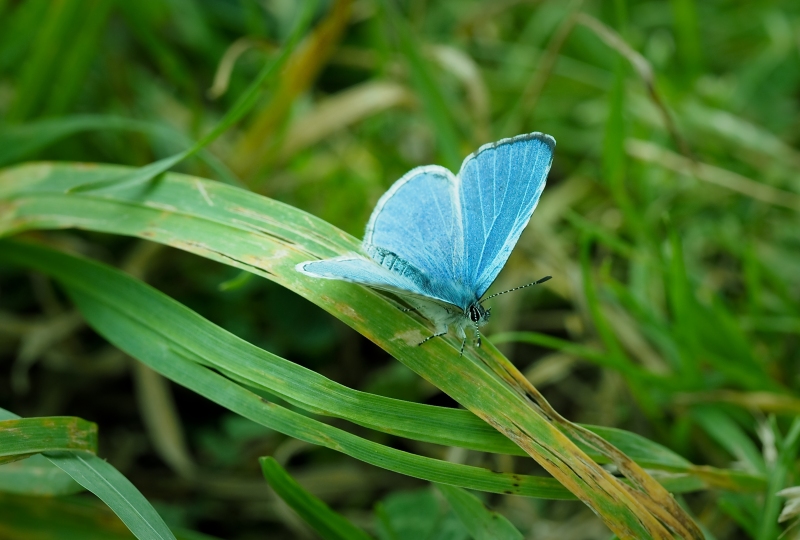 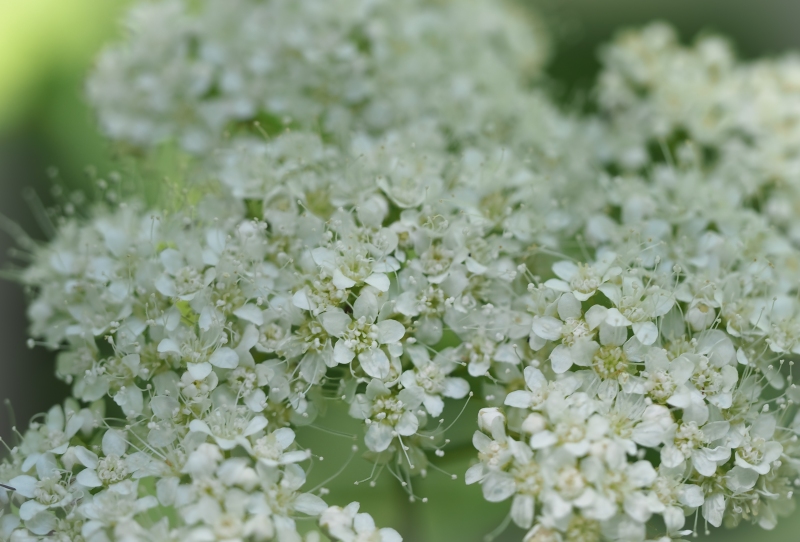 In a public garden a sea of irises floats across a low-lying wetland.

Not only are there abundant subjects to choose from these days, but there are many choices that can be made for processing.  Color, sepia, black and white? Vintage maybe? 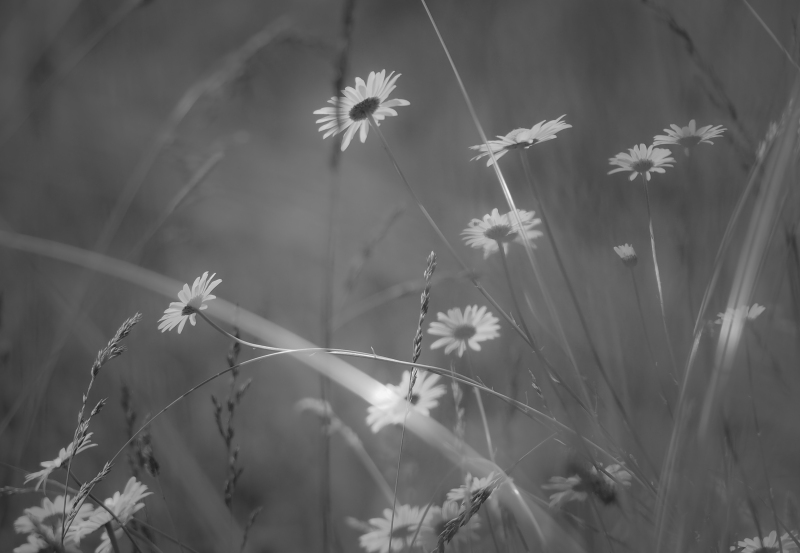 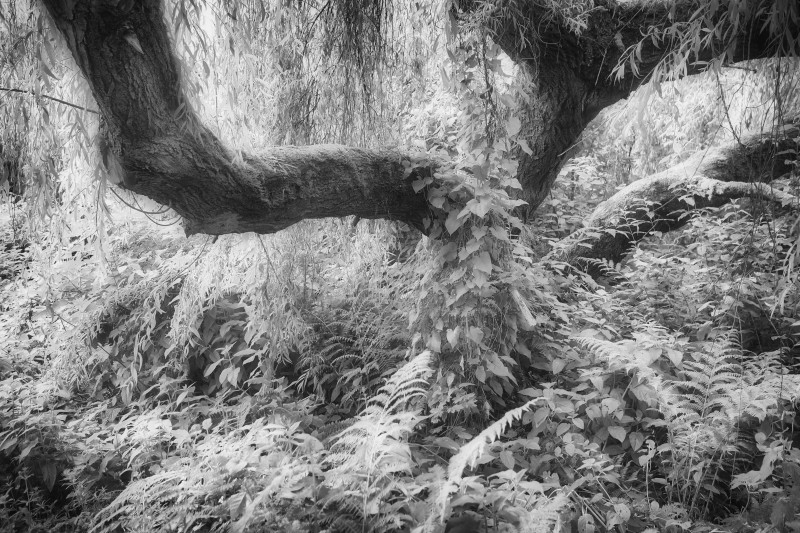 Back to the first photo – the overgrown willow at the park. I like it in color, I like in black and white.

This entry was posted in garden, Nature Studies, photography. Bookmark the permalink.