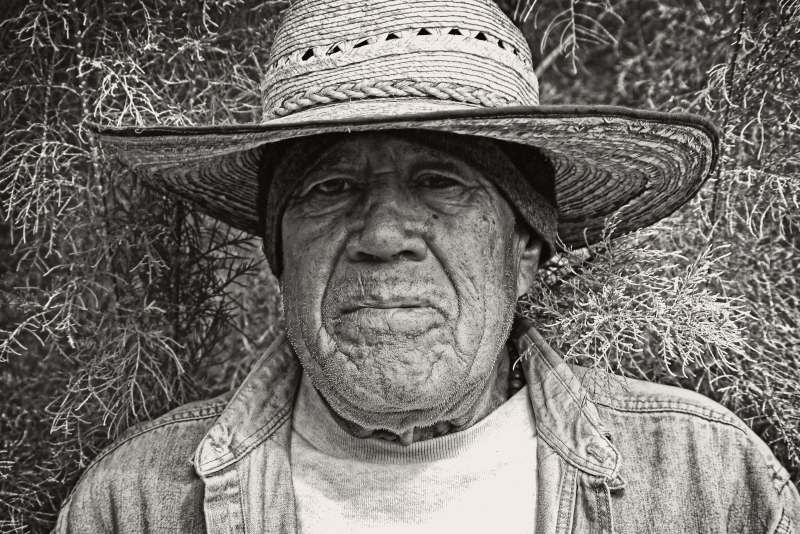 I met Manuel by chance as I walked onto the grounds of La Posada hotel in Winslow, Arizona. He’s a groundskeeper there, so having a background in gardening and landscaping myself, I stopped to admire his work and talk. He’s originally from Mexico and returns to his ranch and family there every year. He takes equal pride in his gardening and his seven years sobriety from Tequila. When I asked to take his picture he backed into this juniper, squared his shoulders and looked me straight in the eye. 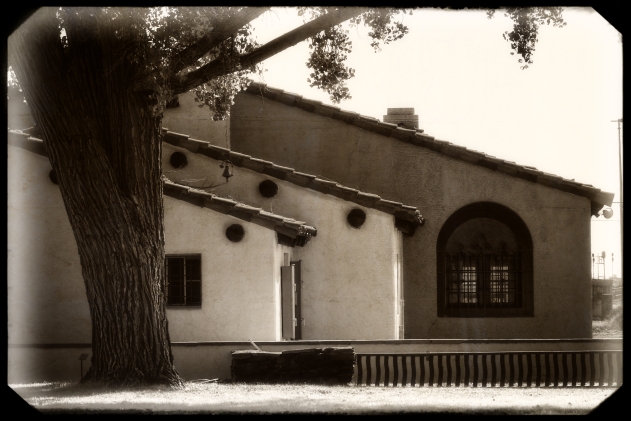 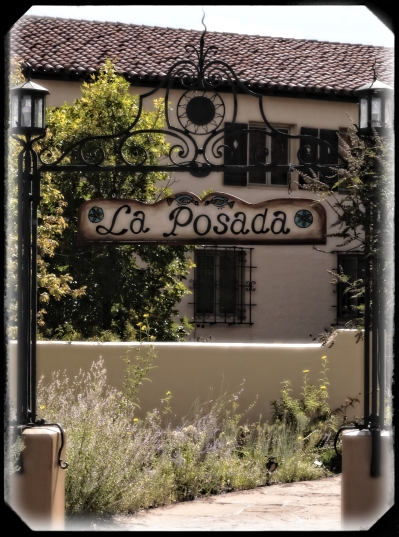 La Posada hotel wouldn’t have been built, back in 1929, if it weren’t for the railroad that stops conveniently right at the back gate. It was quite the destination in its heyday, with guests like Gary Cooper, President Franklin Roosevelt, Shirley Temple and others too numerous to list. With building costs topping a million dollars, it was an extravagant showcase for the Sante Fe Railroad and the imaginative architect, Mary Colter.  By the fifties it was shuttered, but four decades later, another twelve million dollars revived the hotel, thanks to an entrepreneur.

Had we known about this historical gem we would have reserved a room there, and if we return, we’ll do that.

If only to see Manuel again.

This entry was posted in photography and tagged Arizona, portrait. Bookmark the permalink.