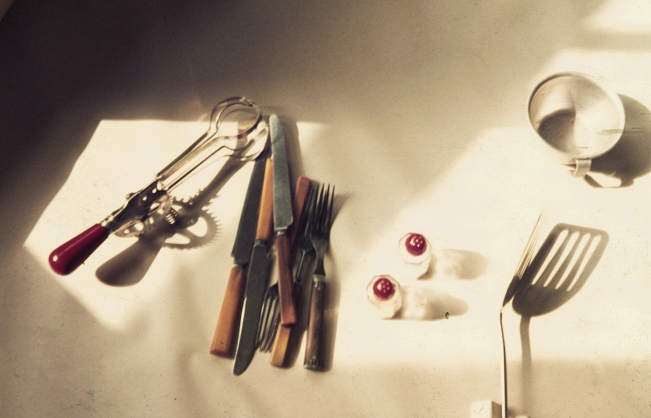 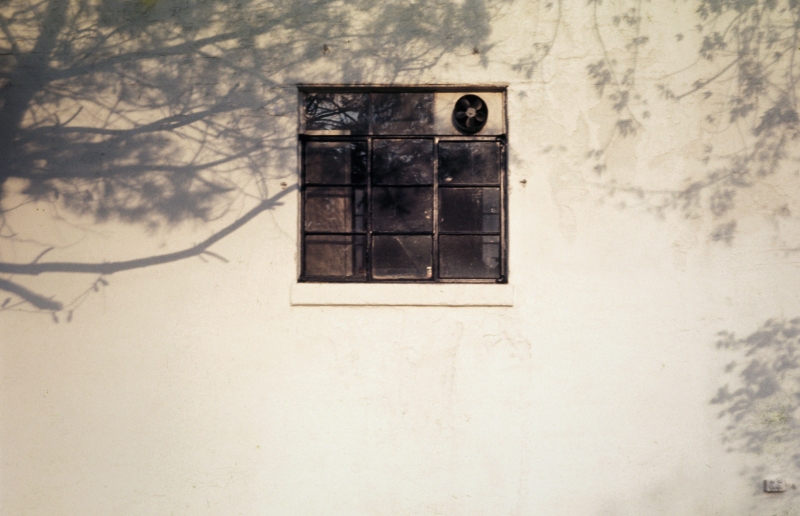 1) Collection of old utensils I used to own

2) Shadows on a wall with a window, still a favorite subject of mine

4) Street shot from a small town in upstate New York; see below

5) VW camper in front of a then obscure Chinese Buddhist temple in a small town (S. Cairo) in upstate New York.

I believe these are from the early 1970’s. They weren’t exactly archived – just saved in a box for many years, through dozens of moves. They were slides and recently I had them transferred into digital images; hence retrieved. Now they’re accessible.

I took them with point and shoot cameras – I have no idea what kind at this point. I do remember I used to prefer Agfa film to Kodak but I don’t know if these were taken with Agfa. I liked Agfa because it produced better color, I thought, for outdoor shots. But over time the colors have changed anyway.  The quality is poor compared to what I get with digital cameras, but some of them are still interesting.

The street shot was taken in Mechanicsville, New York, a small town on the Hudson River north of Albany. I don’t remember much of that road trip, likely it was taken in that sweet old VW camper.  I determined the photo location by googling Enziens drug store – the name is unusual enough to zero in on a pharmacy in upstate New York. It likely played a big role in peoples’ lives in that town, decades ago. There’s still a dentist with named Enzien there – I bet the drug store was owned by his grandfather. A google map search shows the old brick building still stands on the corner of Park Ave. and North Main St.

As for the mysterious woman waiting outside the store, and her strange dress, it seems that time has preserved her well, no?

This entry was posted in photography and tagged Mechanicsville, utensils, vintage, VW camper. Bookmark the permalink.