At Wind Against Current, a blog you should know, Johna and Vladimir have posted a terrific story and photos from a recent kayak paddle, titled Staten Island Serendipity.  I follow their blog because they take beautiful photographs and write entertaining, thoughtful posts about the city I love, but left: New York.

I lived in the city on and off for four decades. The last time I moved back was 2008.  I had a job in Lower Manhattan but couldn’t afford Manhattan or Brooklyn rent. I found an apartment at the north end of Staten Island where I could walk to the ferry, cross the water to Manhattan, and then walk to work. There were buses or subways at either end of the trip for rainy days.

On the weekends I spent a lot of time exploring this weird NYC borough, the one all New Yorkers love to bash. What I found was an unlikely amalgam of eccentricity and beauty, much of which I documented with camera and phone.  Little of that has appeared on my blog, so now, inspired by Wind Against Current, I’m determined to create a post about Staten Island.

Let’s start with the ferry – it’s a fun trip and a good place to watch people and photograph the New York skyline and the Statue of Liberty.  Sometimes I brought my camera along too… 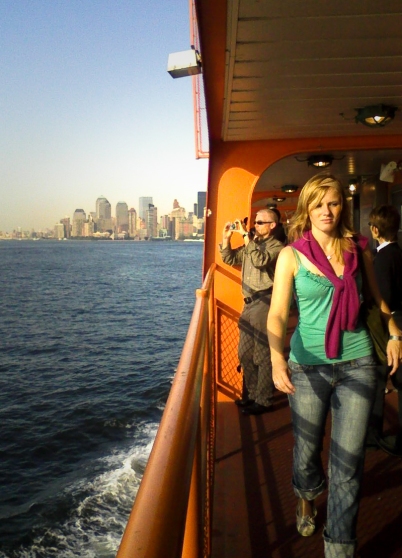 You never know what you’re going to see from the ferry, even as it docks. 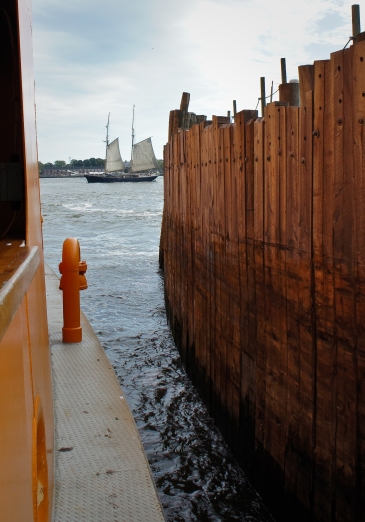 A short walk from the ferry is Staten Island’s memorial to the 274 island residents who were killed on 9/11. The first time I stumbled across it, it took my breath away. I slowly realized what it was and teared up. As I approached the monument its outspread wings seem to release the suffering that occurred that day in that small piece of skyline across the water. Standing between the wings I saw the name and silhouette of each person, and on narrow shelves below the portraits there were flowers and mementos.

On a lighter note, Staten Island has its share of friendly, eccentric people. The corner deli near my old apartment sells coffee and the morning paper, and for a while the owner added a fountain full of soap suds, just to catch the eye of passers-by. Originally from Iran, he teaches college mathematics at a university in Manhattan and runs the deli on the side. I can’t vouch for the coffee – I take black tea in the morning, espresso later on – and I have no idea who Sean is. 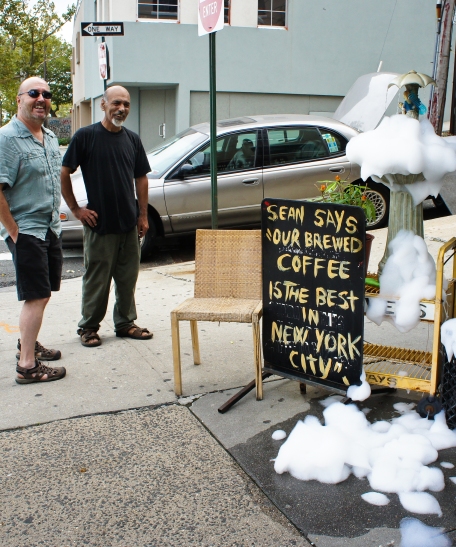 I used to see this van around the island regularly – here, it’s all done up for Christmas. For Mothers Day it was every bit as colorful, festooned with plastic flowers. 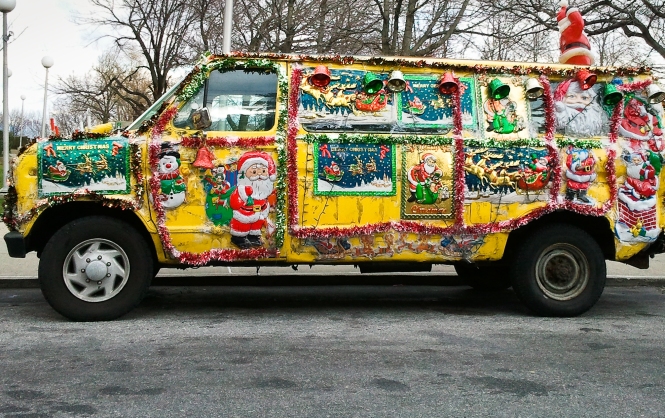 We bought our vegetables at a wholesale produce store pretty far off the beaten path. One busy day we had to park in the back, and there we found this old Dodge, parked in the corner.  A faded 1956 New Jersey Inspection sticker was still affixed to the driver’s window.  “E H Scroggy, Barnegat, NJ” was painted on the door.  (A quick internet search shows the Scroggy name going back centuries in New Jersey.)

Some parts of Staten Island are not known for their friendliness and may welcome you with a mixed message:

But I suspect there’s always a friendly nod to be had this old bar:

In a residential neighborhood wild (or used-to-be-wild) turkeys have taken over. I’ve seen them standing on cars, too:

Back up near the Verrazano Bridge you might find a small herd of goats if you happen to wander around Fort Wadsworth on a summer day. It seems they do a bang-up job on the poison ivy that infests park land surrounding the fort. 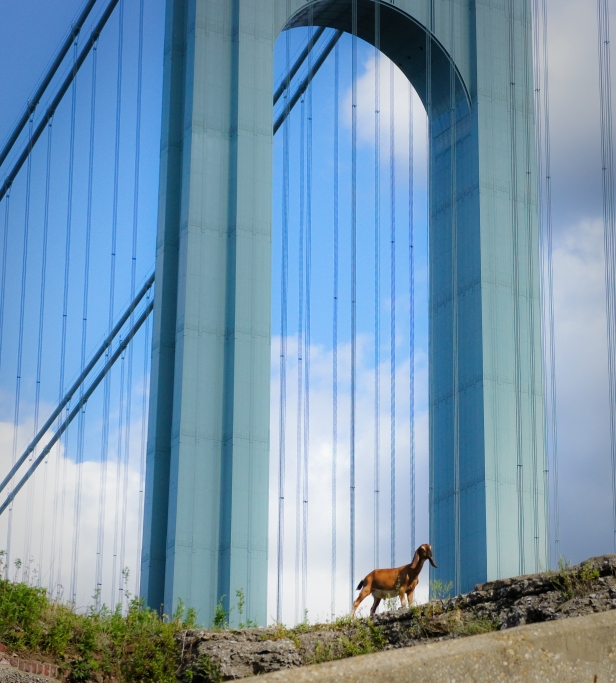 Speaking of goats, in the old Arthur Kill neighborhood you might come across this – it’s got to be the city’s only feed store. Don’t ask me what’s going on in that second story window… 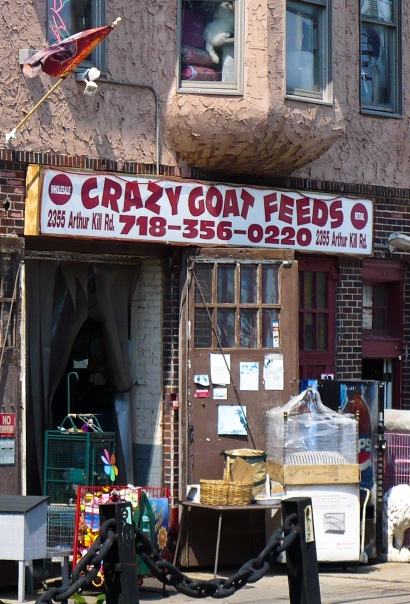 It’s not all weirdly wonderful though – there are beautiful birds to be found in the parks here, in surroundings worthy of a wildlife refuge. This Great Egret found a perfect hidden spot in a stream one May afternoon: 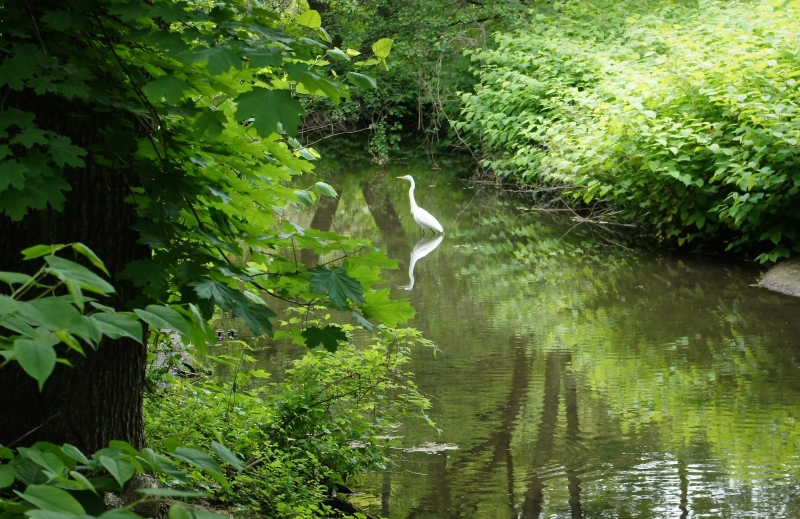 A church spire provides a hint of the city beyond this field set with wild iris glowing in the sun’s last rays.

Monarch butterflies seem to find ample nectar in local wildflowers. There are thousands of acres of open land here. 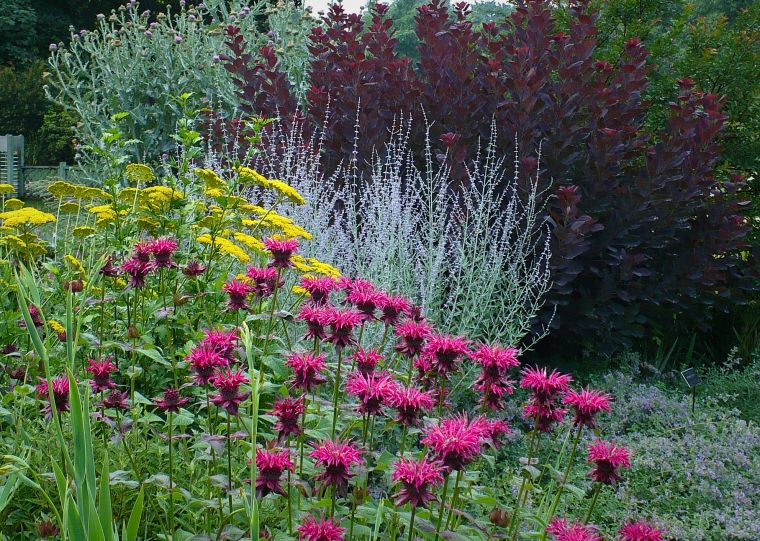 And at the end of the day, there’s always the beach – a place to fish and relax like a native New Yorker… 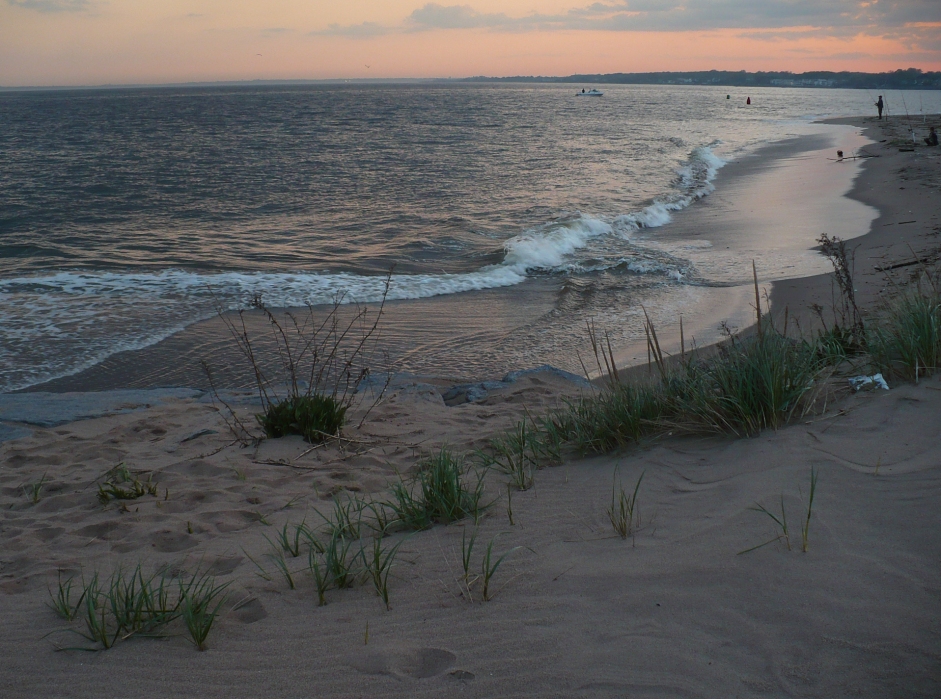 I found far too many photos for one post, so this will be the first of an intermittent series.  I hope you find something of interest – and while I’m talking about the wonders of Staten Island, let me mention a friend who offers a very inexpensive room on airbnb. The disadvantage of course is that you are not in Manhattan but for some the relaxing ferry ride is an advantage, a way to decompress after a busy day.  The rate can’t be beat and you won’t find a more charming, urbane host.

(The header photo was taken from a vantage point on the Kill van Kull, the very dangerous-to-cross-at-night-in-your-kayak waterway described by Johna and Vlad in their post. In the distance is Brooklyn’s iconic 1929 Williamsburgh Savings Bank building.  My apologies for the sub-standard quality of a few of these images – they were taken with a phone, an older point & shoot camera, and a Sony Nex3.)