tiny cairns of smooth stones balanced on a stick

shine in the sun. 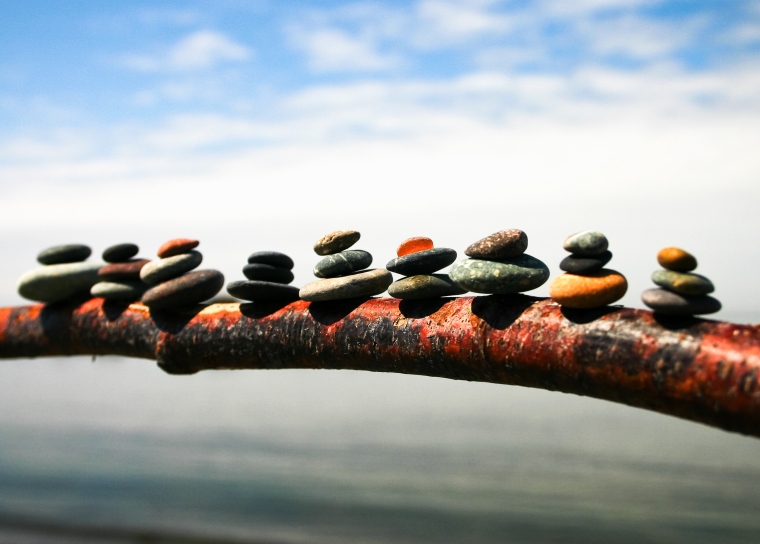 Songs of stone and water are sung here,

shaped to a particular place. 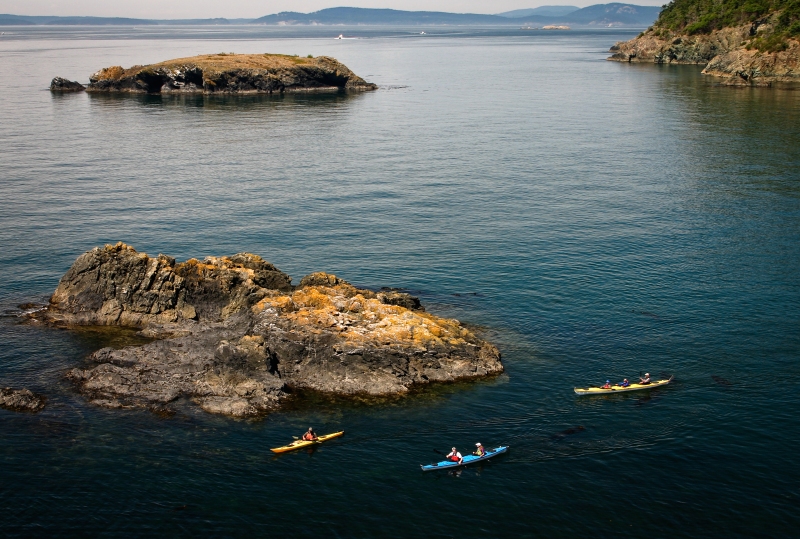 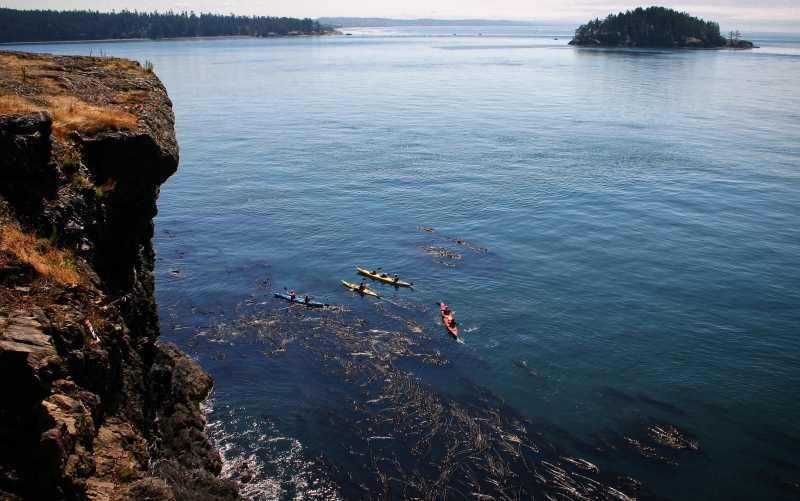 Songs of kayakers and anemones,

Nearby on Whidbey Island,

a slim spit of land offers a mother lode

and the beach becomes a sculpture garden. 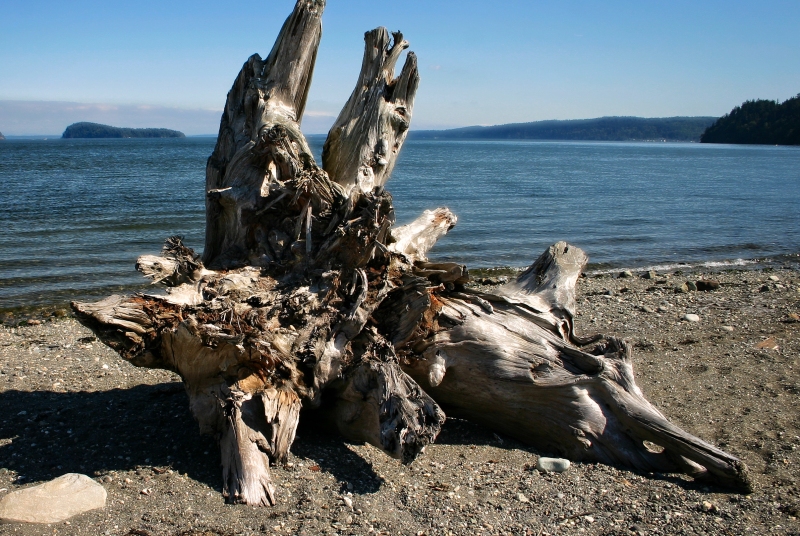 Here songs of water and wood, of

Standing high over the waters –

the Maiden of Deception Pass:

She kept her people from starving by marrying  a sea man. He had become enamored of her after watching her gathering food in the waters.  She merged with the sea, but walked back out to be with her people every year. (a Samish Indian story)

Carved from a cedar log and set firmly into the soil at Rosario Beach, she has weathered to the same silver white as the driftwood logs tossed by waves and piled on nearby shores.

The rough, wavy grain flows through her body

as the grain traces the twists of 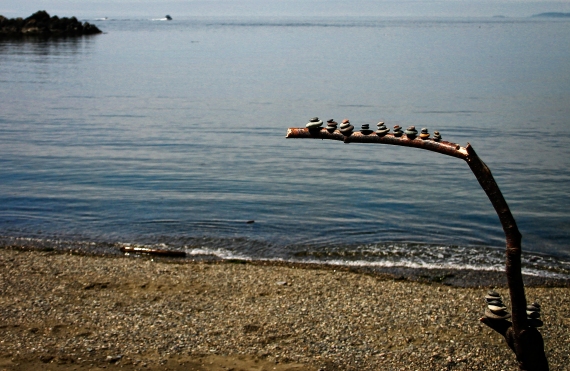