Such an evocative word, foreign. Lately I’ve been taking it personally – feeling foreign myself. Scratching my head and wondering how a non-native fits in around here.

I’ll never be one, even if I try to insert myself into that picture:

After all, if I were in this situation, I bet my feelings of being foreign would be more troubling, more complex: 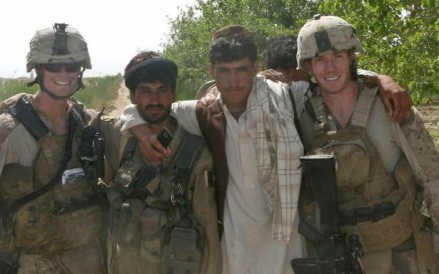 It’s tricky though – the nomads below would seem like foreigners to most people I know, but the Buddhist prayer wheel and the text resonate with me strongly enough to think that these people would not feel foreign to me:

Some people have trouble connecting to anyone and are lifelong foreigners in their own land. I suspect that’s the case with the maker of some sculptures J. and I stumbled on two years ago, in a remote corner of New York City –

off a busy industrial road, through a gate,

beyond an abandoned trailer,

along the edge of a polluted marsh: 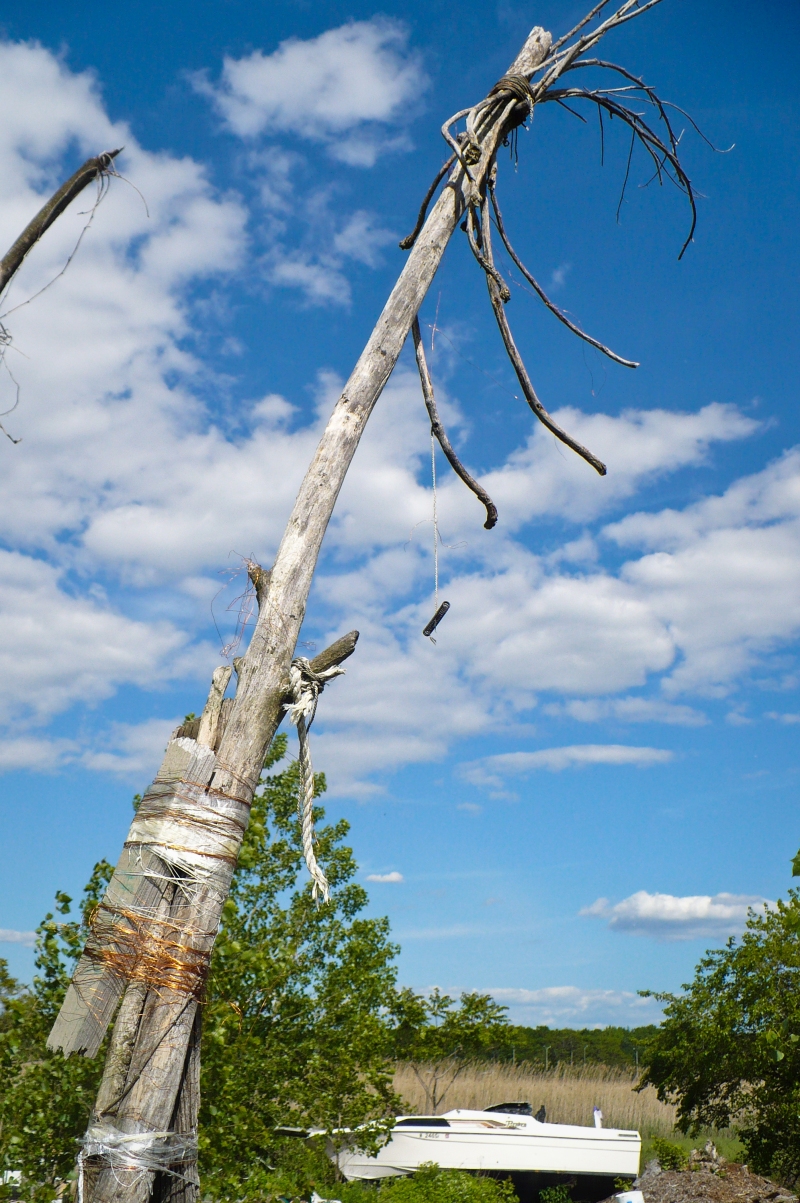 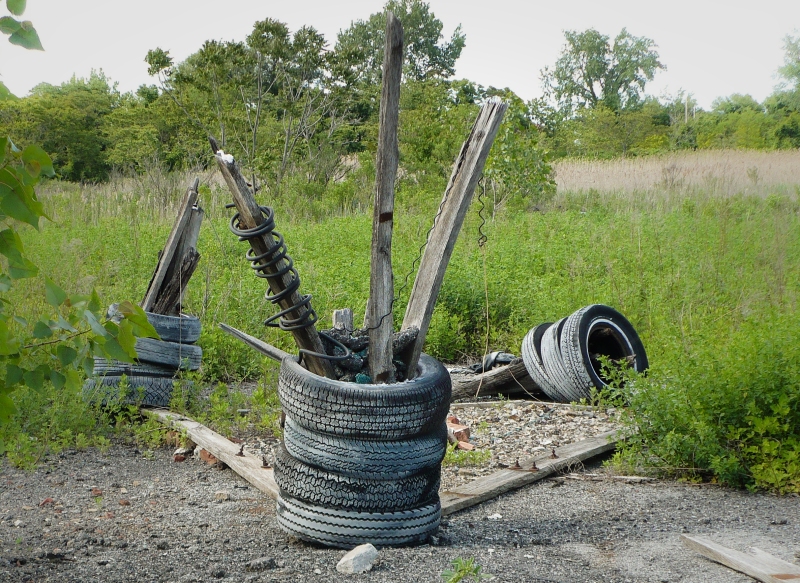 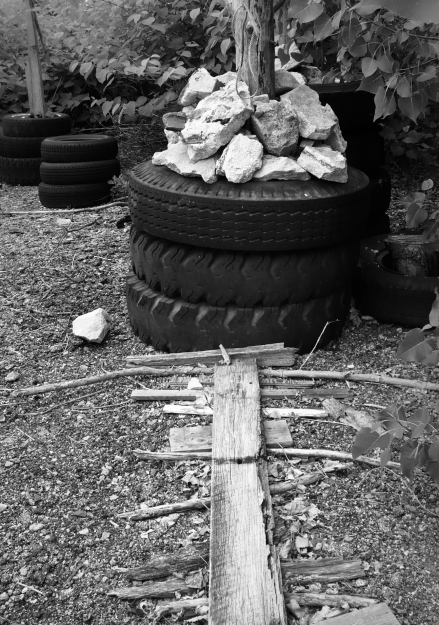 We went back several times. The place appeared to have been deserted for a long time. We wondered what foreign ideas and feelings gripped this person’s mind, and we hoped that making sculpture eased the strangeness. We delighted in the inventiveness, we respected the artistic choices, and wondered at the wonder of it all.  But undeniably, a feeling of foreignness hovered over this place.

More posts on the theme of foreign can be found here: