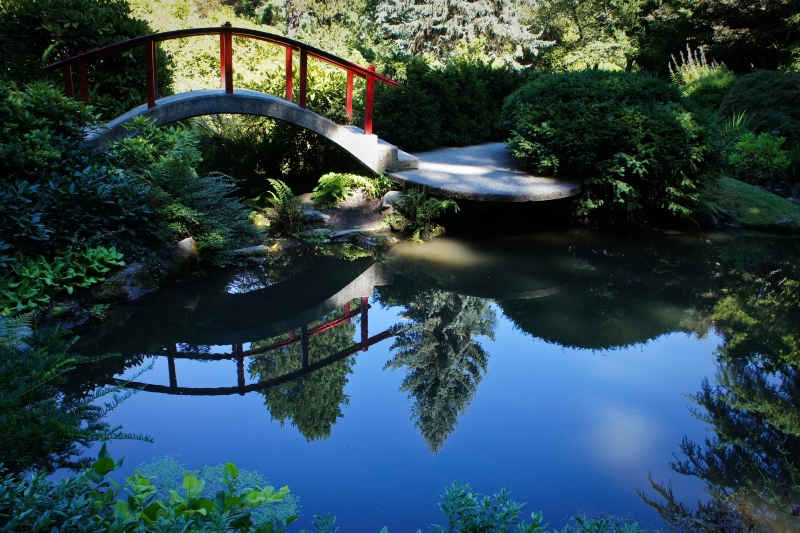 “Fujitaro Kubota was born in 1879, in Kochi Prefecture on the island of Shikoku, Japan. He immigrated to America in 1907 and established his home. In 1927 he acquired this land in order to make a large garden. With his own hands he cleared the land, dug several ponds and cut the trees to build the garden. Mr. Kubota studied landscaping, suffered hard work and put great effort into this project. The garden was finally completed in 1962 and in that year this memorial stone was erected. It was the eighty-third year of Fujitaro Kubota.”

…from an inscription at the garden. 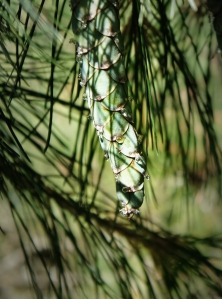 Unusual pines are a special feature of  the  garden. 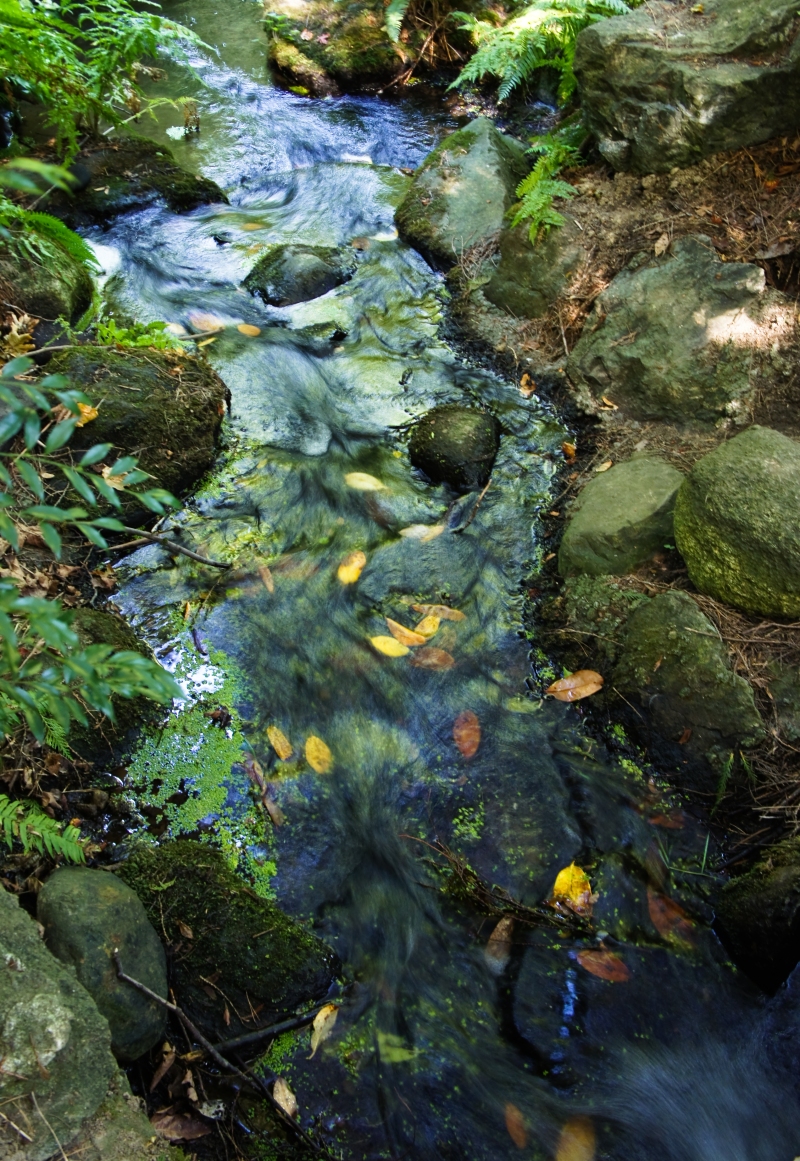 Small ponds and streams are everywhere. 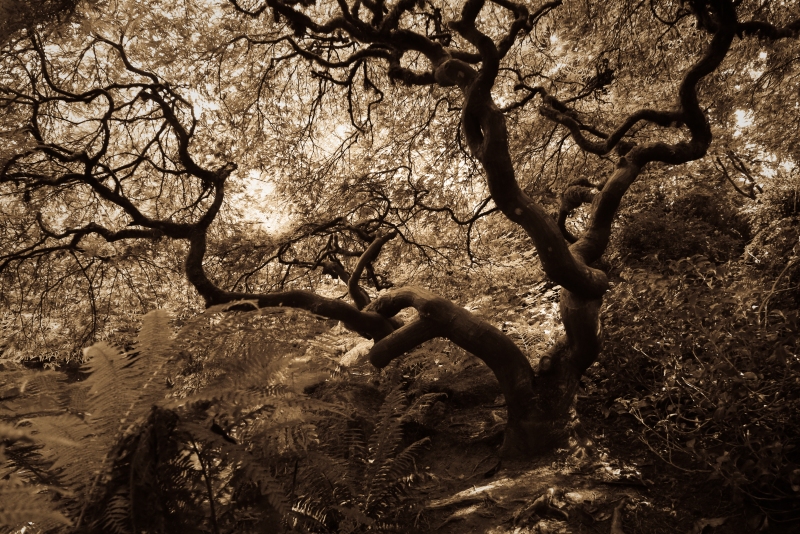 A Japanese Maple catches late afternoon light beside a pond.

An aster blossom was plucked from its stem and dropped into a puddle of water in a depression on one of the many stones in the garden. They’re said to be left by the last glacier, 12,000 years ago.

– this water, of  indeterminate age, rests on ancient rock and holds a blossom only days old. Time stretches across eons… 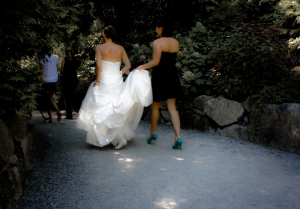 …miniature cyclamens are hidden along the paths, and a bride walks by…it’s a beautiful day for pictures.